So this is the first progress update. Bare in mind this is very early on, most time has been spent on laying down some engine foundations and working on a method for procedurally generated island terrain.

Here is 3d perspective view of the terrain. 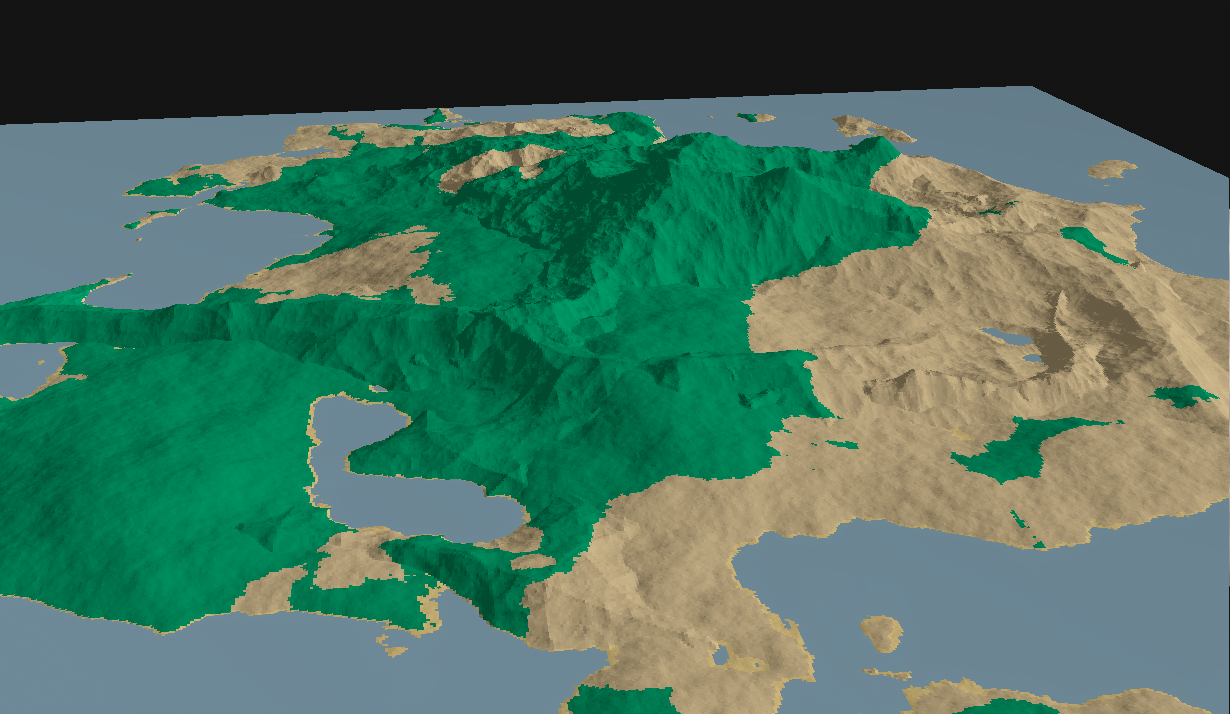 As well as the terrain generation I’ve spent a chunk of time on a serialization method for saving the world data to file. Due to the world size and complexity the actual terrain generation will be quite slow. Currently it takes several minutes to complete (This is in part to my horribly unoptimised algorithm, I’m certain that I can speed it up by a significant factor later on) this sucks for testing, having to generate a new world each time. So I can now save a world to file and the load it in when the game launches.

So thats it so far!