I’ve made some decent progress over the last week or so. Working mainly on the world meshing and some dev tools. Urho3D has an editor built in but it’s very basic and quite ugly, also it’s written in Angelscript which I have little experience in. Rather than attempt to modify it I’m going to built some custom tools.</p> 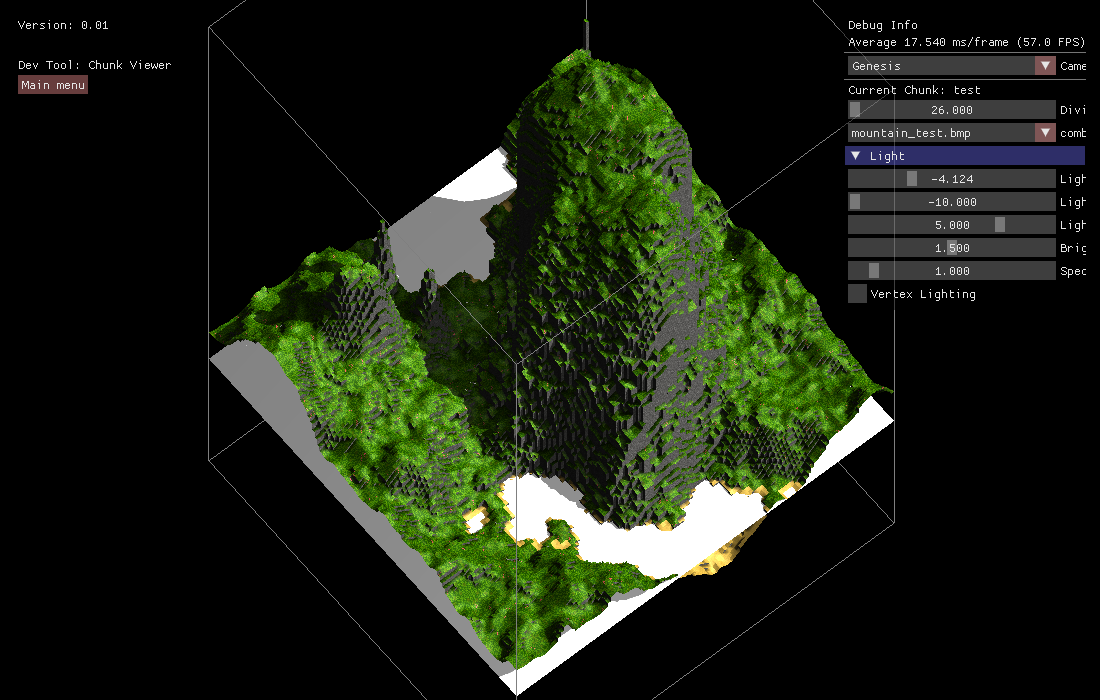 I had some issues getting shadow maps to work correctly with an orthographic camera. In the previous update no shadows can be seen, I’ve since figured this one out.</p> 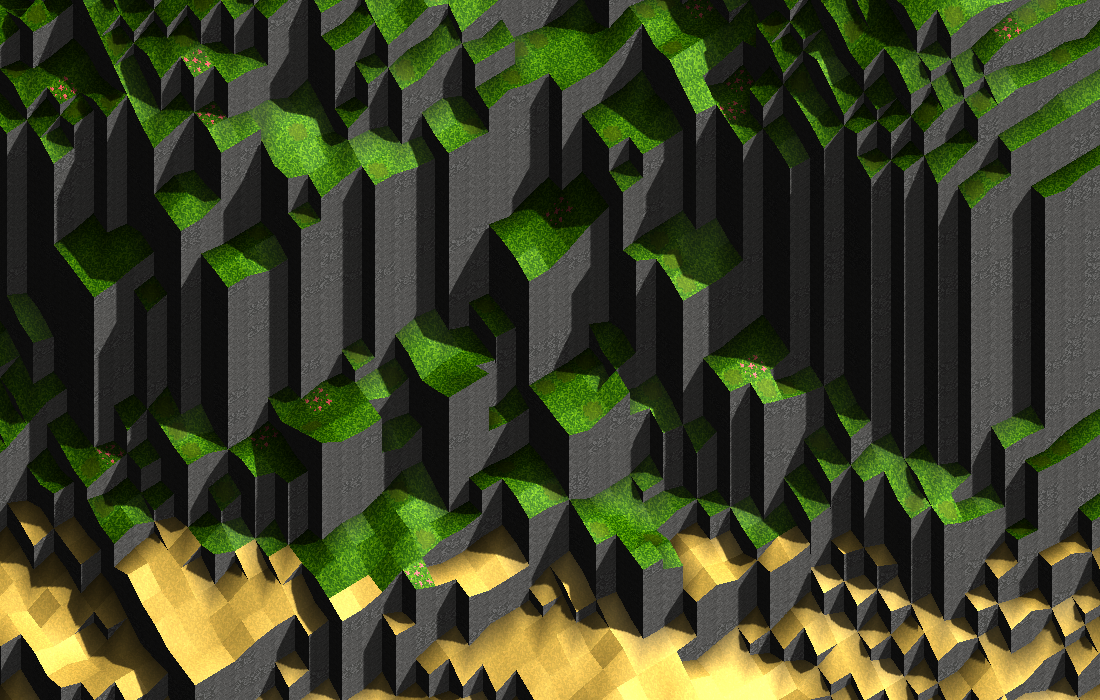 The standard game world is relatively large 5000 x 5000, I split the world into chunks of 128 x 128, at any given point at least 9 chunks are in view and meshed at the highest level of detail. The chunk streaming system distributes the load of mesh generation across multiple frames, so that we keep a solid 60fps while chunks are meshed in the background. The chunks not at the centre of focus are going to rendered at a lower LOD.</p> 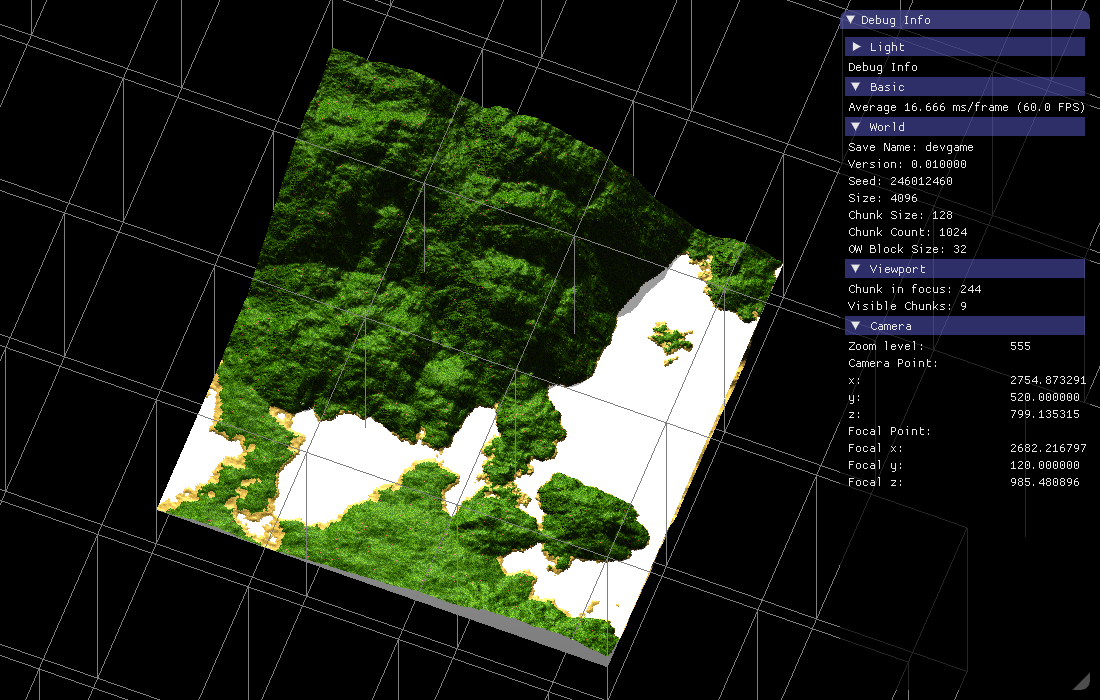